Vale Jean-Paul Belmondo who starred in the French classic film - Breathless (À Bout de Souffle) screened at the Newcastle French Film Festival in May - an icon in French cinema.

Thank you to our major sponsor Peugeot Newcastle.

Alliance Française de Newcastle regretfully announces that due to the Public Health Order and lockdown of NSW,  the French Friday Film Program has been cancelled for the time being.

The scheduled films that have been cancelled for 2021, will be screened when the lockdown restrictions are lifted.

Anyone who has pre-purchased tickets can get a refund by contacting Event Cinemas Kotara.

We will keep you informed when our French Friday Program can re-commence.

Many thanks for your continuing support.  We hope to see you soon at Event Cinemas Kotara along with the Little French Market. 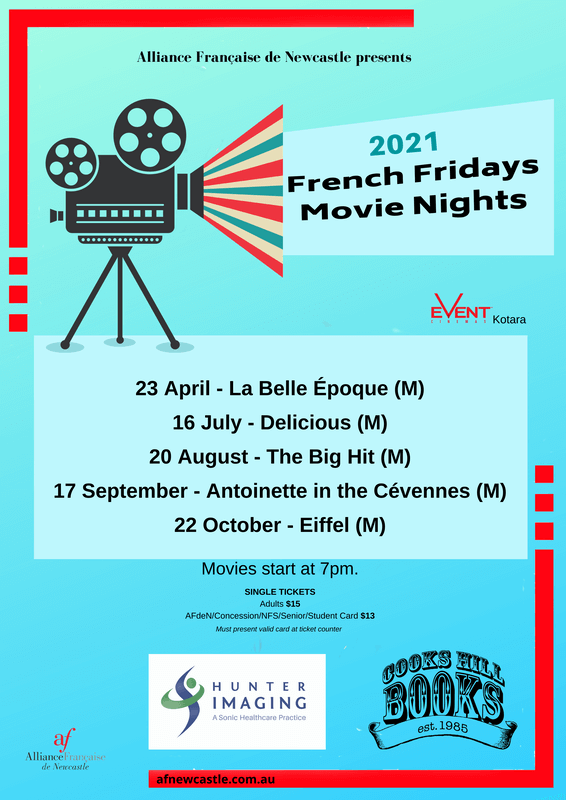 Please note that there are no office hours.

We would like to acknowledge the traditional owners of the land on which the Alliance Francaise de Newcastle stands and remind people that we live and work on Aboriginal land.
We pay our respects to elders, past, present and emerging.  ​